You've seen these fellows around the blog plenty of times: 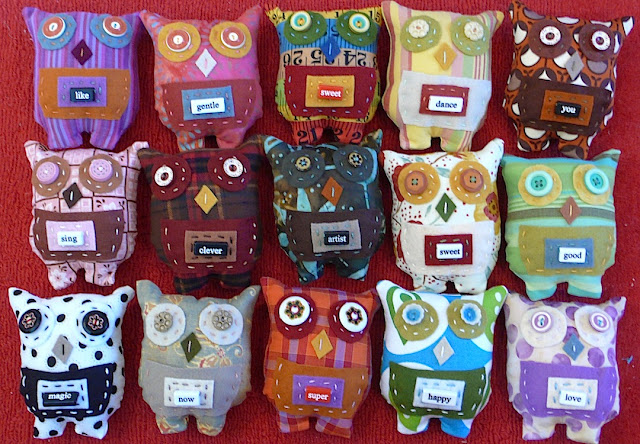 They're a little bit like crack. I can't tell you how many dozens of these guys I've made and how many times I've been asked how to make them.

They've gotten some good air time. I demonstrated their awesome cuteness when I was on Quilting Arts TV Episode 801: 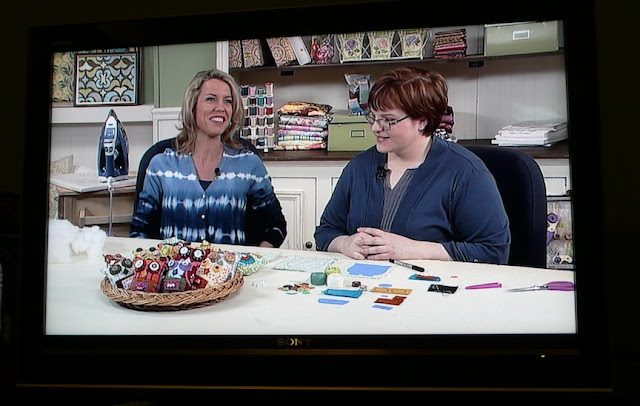 And then the pattern for them was published in the 2011 International Quilt Festival Quilt Scene.

And now I'm really really excited to bring the pattern to you directly through my Etsy shop: 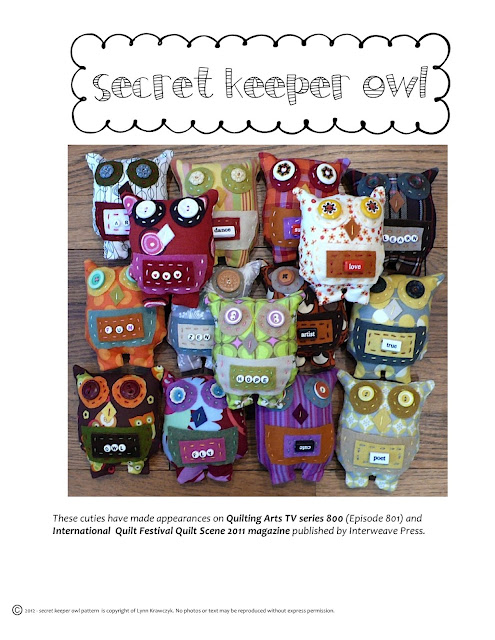 You'll notice that their name has changed a couple of times. Originally when I created them back in 2009 I called them Wishing Owls. And that's the name I use on QA TV. But then a business was started with that name and they copyrighted it. Since I never copyrighted mine, I decided to just change it.

So the pattern in the magazine was called Fabric Owls and while that's all fine and well, its not super exciting. I gave it some thought and since I think the thing that makes them special is the little pocket on their tummies for holding secrets and tiny trinkets, I decided to name them Secret Keeper Owls.

Whatever you call them, I think you'll agree they are adorable!

Now I often get weird looks when I mention these fellows because they are pretty different from what I normally make. But what can I say? I'm a crafter at heart and I like them too well to sweep them under the rug just because they aren't my normal gig.

The pattern is only $4 and when you purchase it in my shop, you'll get an email from my YouSendIt dropbox within 24 hours so you can download it. Easy peasy.

And if you make a little owl (or twenty), do send me an email and I'll post a photo here on my blog for everyone to admire. :)

And just because I've been asked many times - yes, you can sell any owls you make from this pattern. You just can't re-sell the pattern itself. So go hog wild and become known as the crazy owl making lady. :)

When this was in QA I made a bunch of them and I give them away as get well wishes for friends who are ill, as thank yous, etc. I keep a small kit handy with all the ingredients to hand sew them if I'm going to be hanging out in an office or on plane ride. They are wonderful.