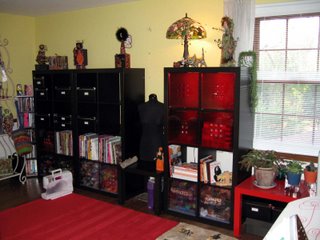 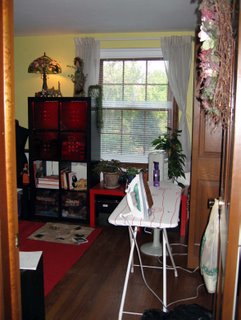 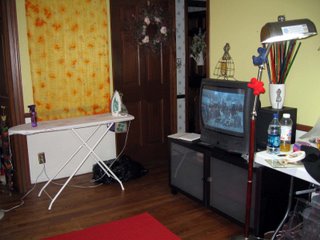 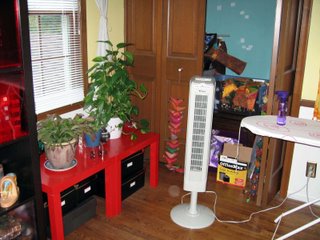 Well, here are some pictures of my new and improved studio! This is so cool!! I still have a little more organizing to do and need to do some decorating but its hard to believe what it looked like before. I may eventually get new work tables to match the rest of the furniture but the budget has been spent and I'm loving every bit of it! :) Hooray for IKEA!
Posted by Fibra Artysta at 9:42 PM 3 comments:

Before IKEA came to Canton... 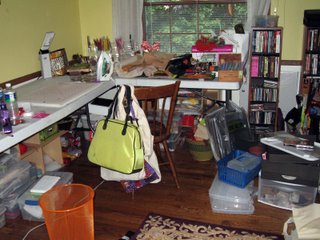 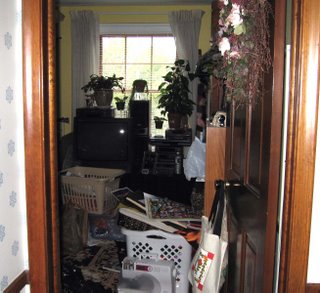 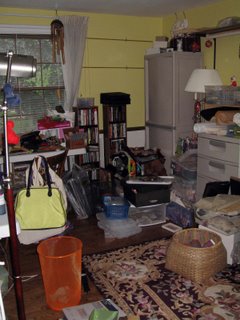 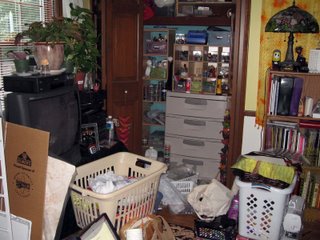 Okay, since everyone else is being brave enough to post photos of their messy studios, here are mine. Although its never really been clean, closing my store made it even worse. IKEA has just opened in Canton, Michigan (only a mere few miles from my house! Hooray!) and is now helping me to get organized. This is what it looked like before I attacked it, I think you'll agree that it most definetly needs some help!!!

I've already done a lot of work pulling everything apart. Although you have to make a bigger mess to make it clean. I'll post photos of the progress later tonight. :)
Posted by Fibra Artysta at 10:33 AM 6 comments: